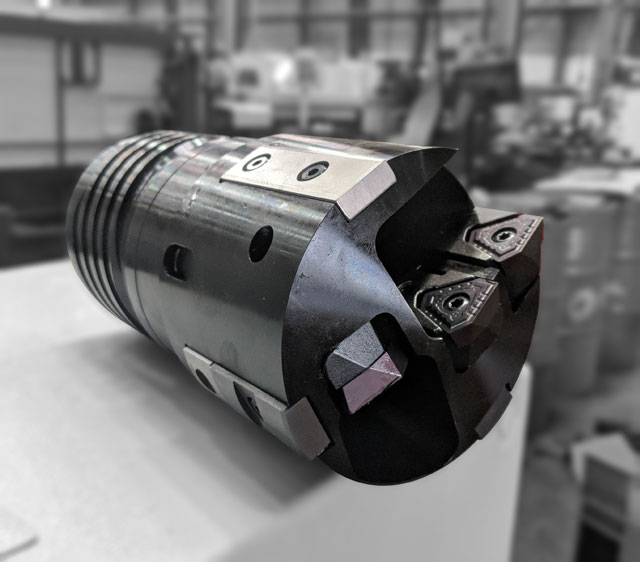 Ejector Drilling is similar to BTA Drilling operation with the difference that it has Twin tubes instead of a single tube.The high pressure Coolant is pumped to the cutting face through the annular area between the outer tube and the inner tube. There is a special connector for holding both the tubes and also to feed the high pressure coolant.The pressure head with rear coolant sealing that is required in BTA drilling is eliminated here and only a guide bush is needed.The Chips generated are evacuated through the inner tube where ejection effect is generated at the rear end to help in chip evacuation.The area for chip discharge is comparatively less than BTA and hence the evacuation is not as efficient particularly in smaller sizes.Since the tube diameter is larger than BTA Drilling the torsional strength also goes up. This can be an advantage to go for higher feeds. This is usually used to retrofit conventional machines for deep hole drilling. 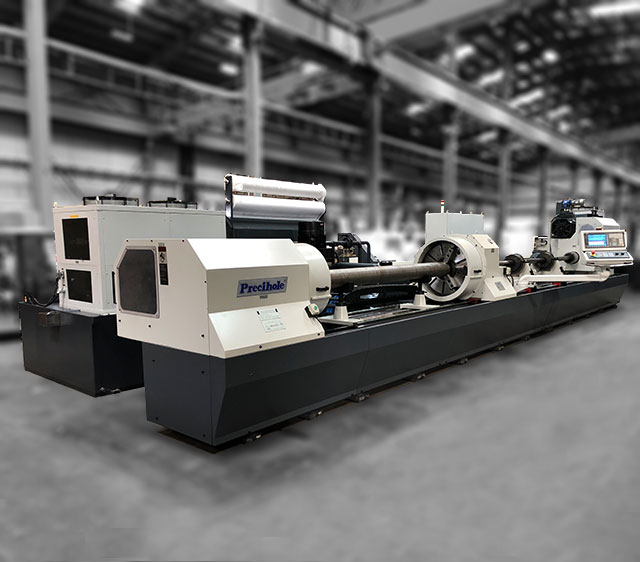 Precihole’s BVN series BTA deep hole drilling machines are well designed and robust to take heavy loads while drilling large holes. This series covers hole drilling from Ø20 mm to Ø250 mm solid and counter boring to Ø400 mm. Work piece lengths of 500mm to 10m can be accomodated on these machines. These machines are configurable with features depending on accuracy requirements and type of parts to be drilled. 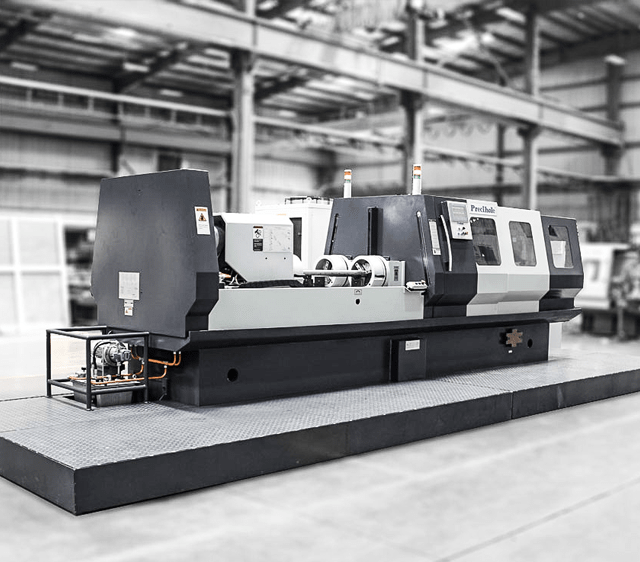 Precihole specializes in custom manufacturing deep hole drilling and hole finishes machines that are not covered in our standard series. With over 30 years of special machine design and development experience under its belt and a team of highly experienced concept and design engineers, Precihole prides itself to be one of the best SPM manufacturers in the industry.